This weekend was the beginning of the end of the poppy season. I suppose the season had already started to end on its own, with more seed pods than flowers the last couple of weeks. 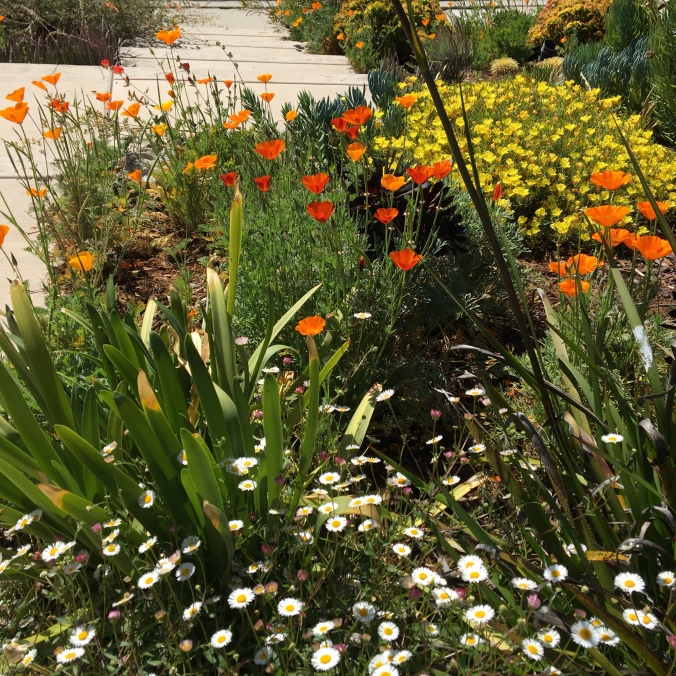 As always the poppies were wonderful while they lasted. Every spring I am amazed by the show of orange. The were at their peak weeks ago…. 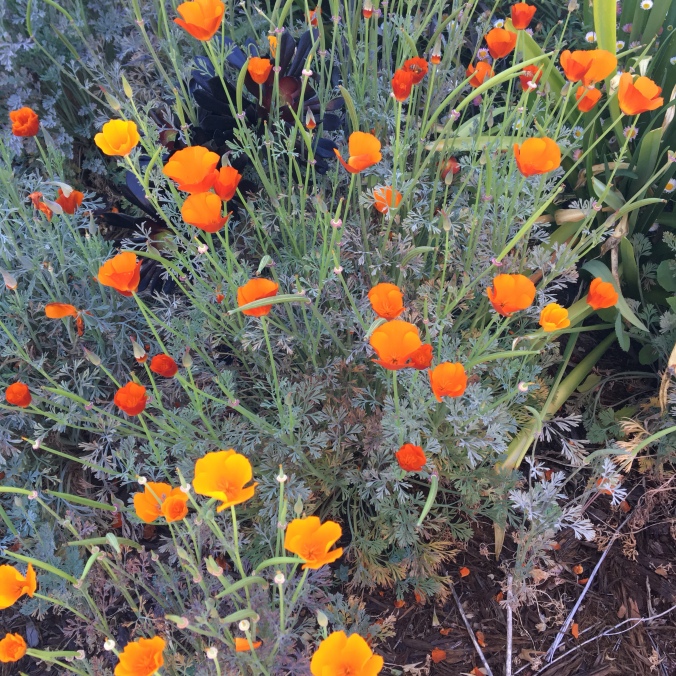 …and this weekend it was time to start pulling them out of the ground. I left a few plants that still had buds left, but they’ll be done soon. It certainly looks a lot more bare now but seasons change. 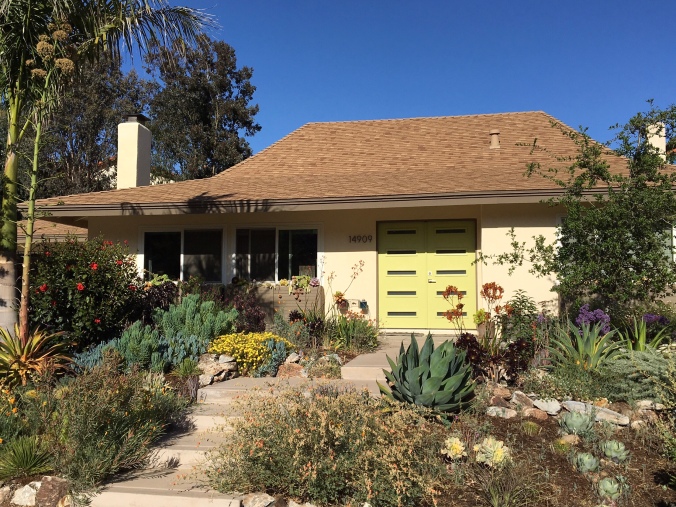 This weekend I also spent some time refreshing some pots on the back patio.

And I finally put something (a NOID echeveria ) in one of the Dustin Gimbel pots.

Chuck made new side table out of some California sumac remnants. It sort of looks like an antelope… or a spider. It’s in a perfect spot to keep the Rhipsalis nicely shaded all day. 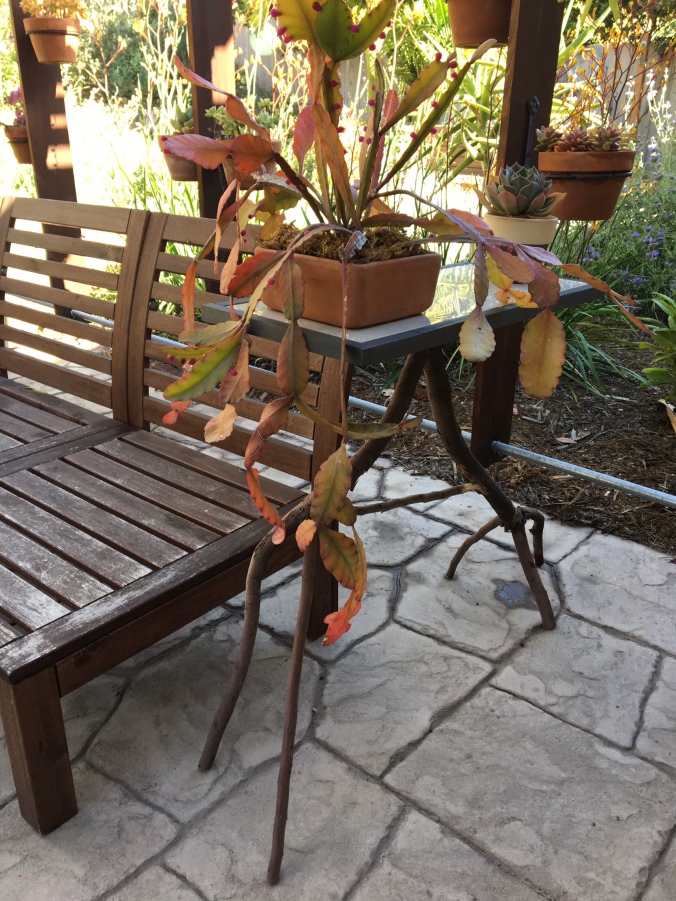 I did a little rearranging of the patio. Still a work in progress but here’s how I left it for now. 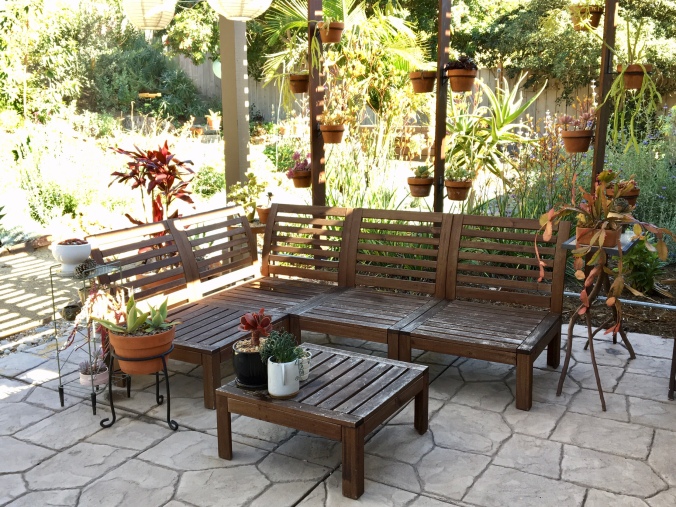 The epiphyllum cactus that’s closest to opening still hasn’t. It also hasn’t dropped any of its other buds yet… fingers crossed I’ll get multiple flowers this time.

The flowers on the bloom stalk of the Agave in the backyard (stricta? Striata?) finally opened this weekend. I need to get to work on figuring out what it is: I have a chance now that I know what the flowers look like. Sadly… still no sign of pups. 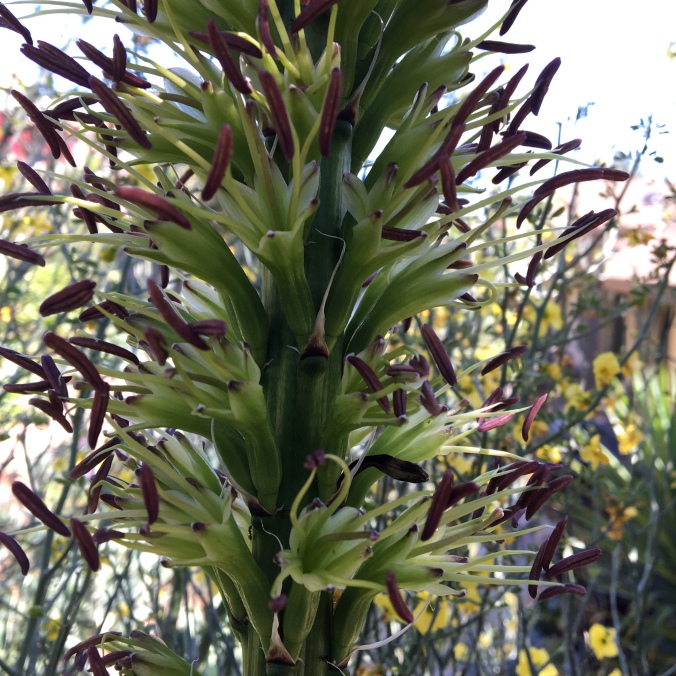 I hope you all had a wonderful weekend that gave you exactly what you needed. 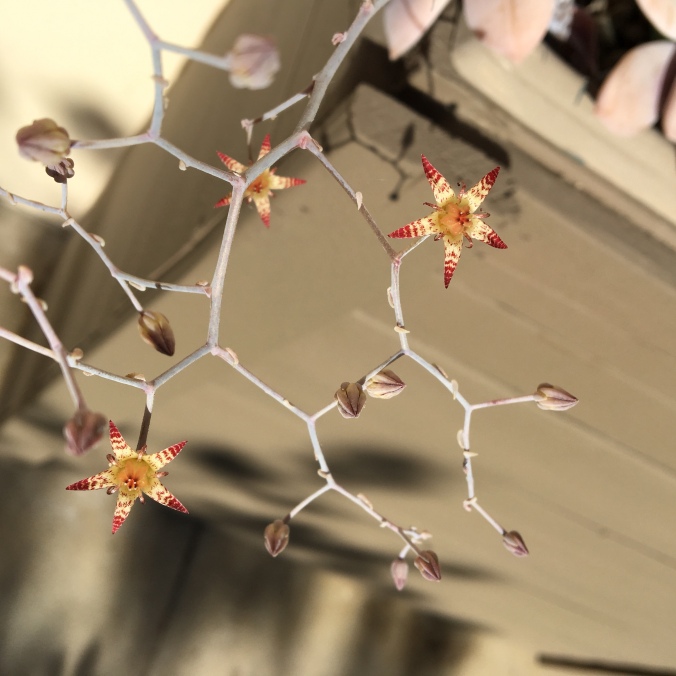 Have you ever had to leave behind a garden (or something else) that you created? What was it like for you? I could use your perspective. New blog post up at thelowerleftcorner.com
Heavy dew making for a sparkly Friday morning.
It's the succulents' favorite season.
Huntington garden skylines. From Friday, December 27th
Kitty appreciating a sunny December afternoon
Bumper crop of moss this December