Summer has arrived in San Diego! That means a couple of things… First, it’s going to be dry and hot from here on out. Second, I need to let go of any vague intentions to add new plants until the Fall. And third, the flowering wind-down has begun.

But it’s not all bad. Eriogonum grande var. rubescens has burst on to the scene. 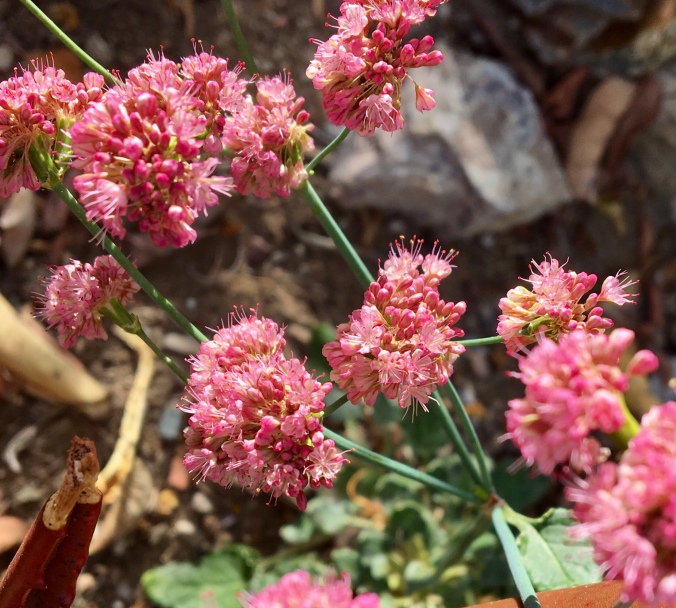 Along with its cousins, sulfur buckwheat (Eriogonum something)…

Common buckwheat Eriogonum fasciculatum (I LOVE this plant by the way. It’s so lacy in appearance and yet tough as nails)…

…and giant buckwheat Eriogonum giganteum. My neighbor smartly pointed out how much it resembles cauliflower (she was about 7 at the time). 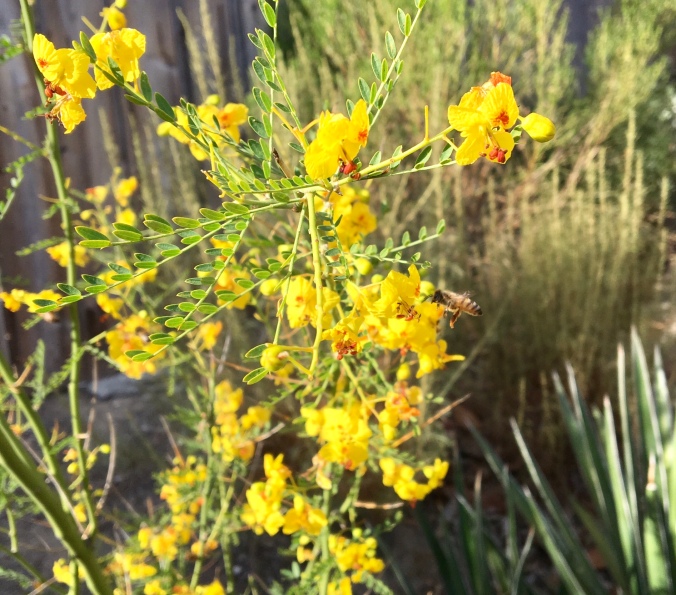 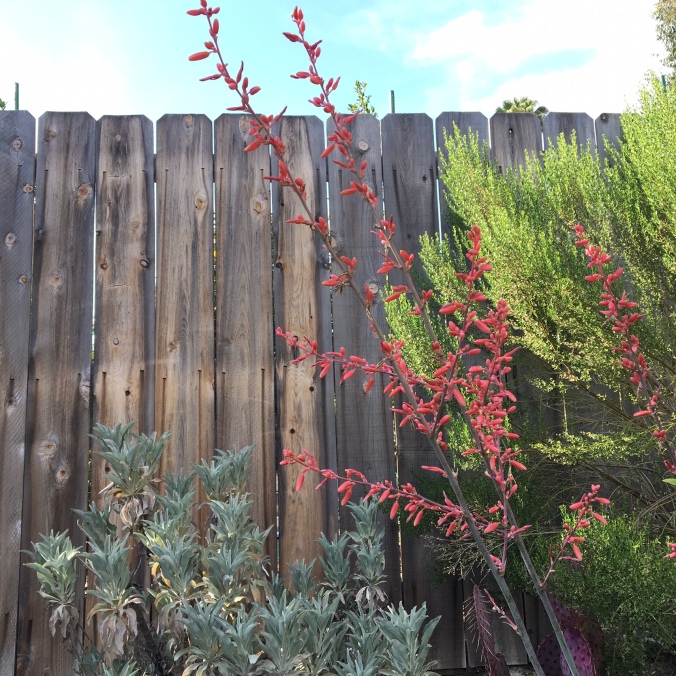 The chuperosa Justicia californica is confused and keeps on flowering because its near a micro spray. 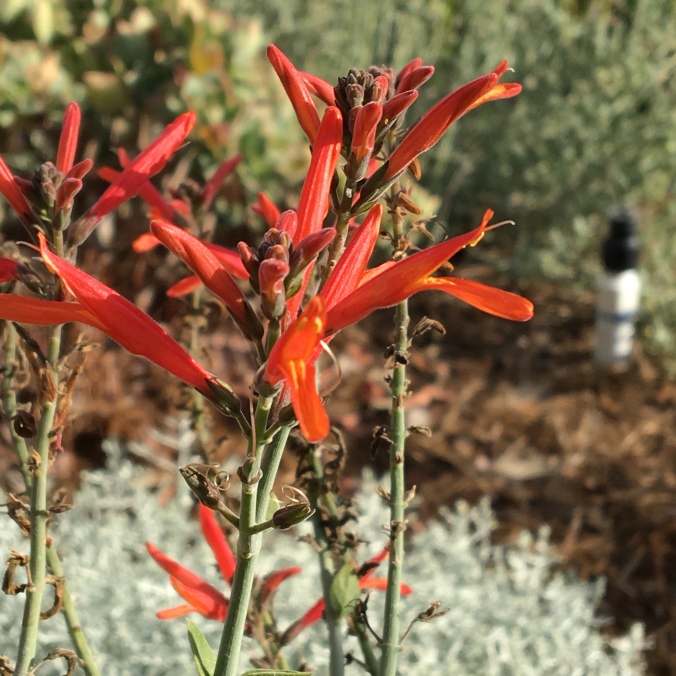 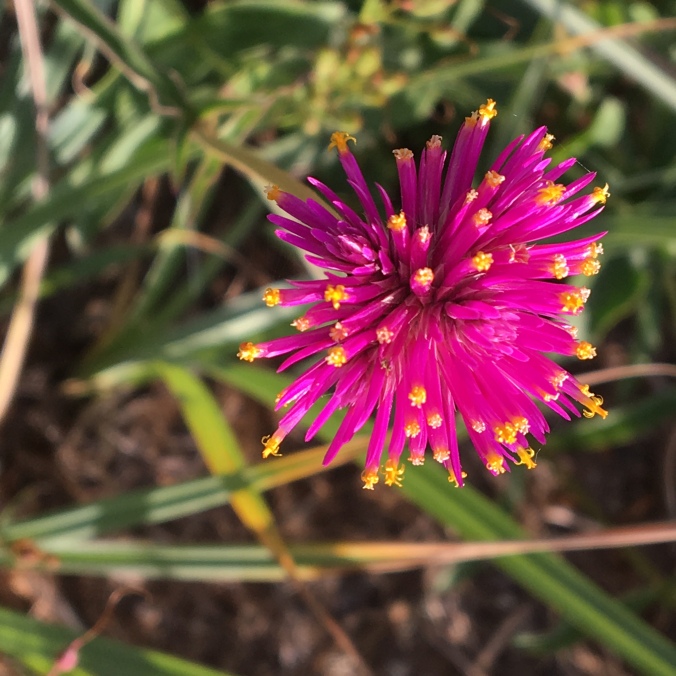 Globe amaranth of some kind (and colors) 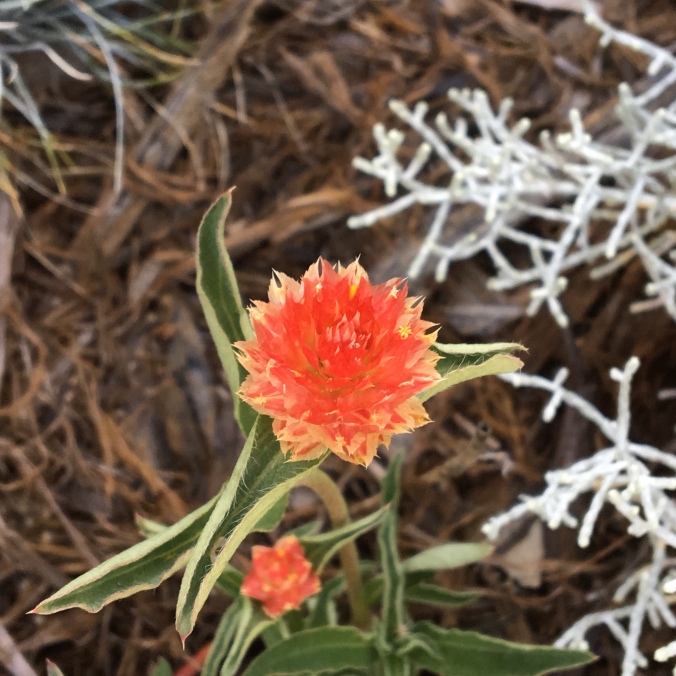 An echinacea! I usually kill these so don’t keep your hopes up that we’ll see this again…

Desert penstemon. (I sure have a lot of pink going on in June.) 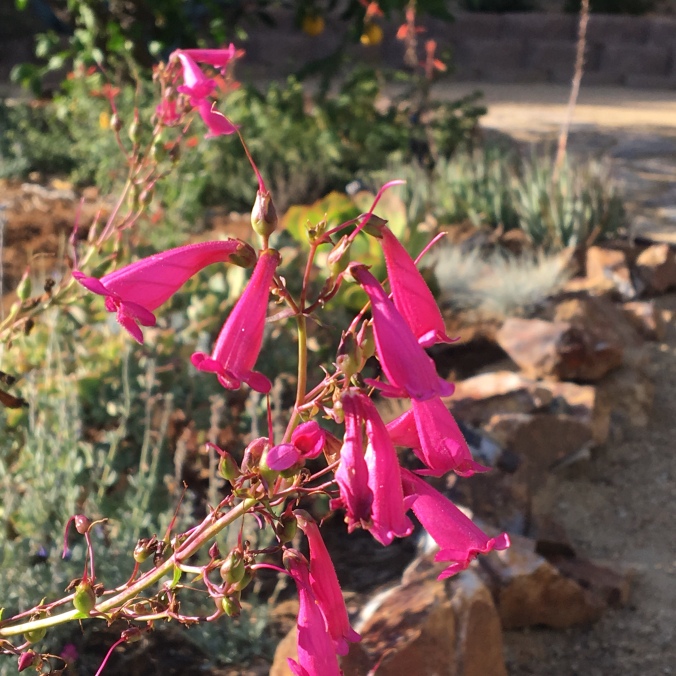 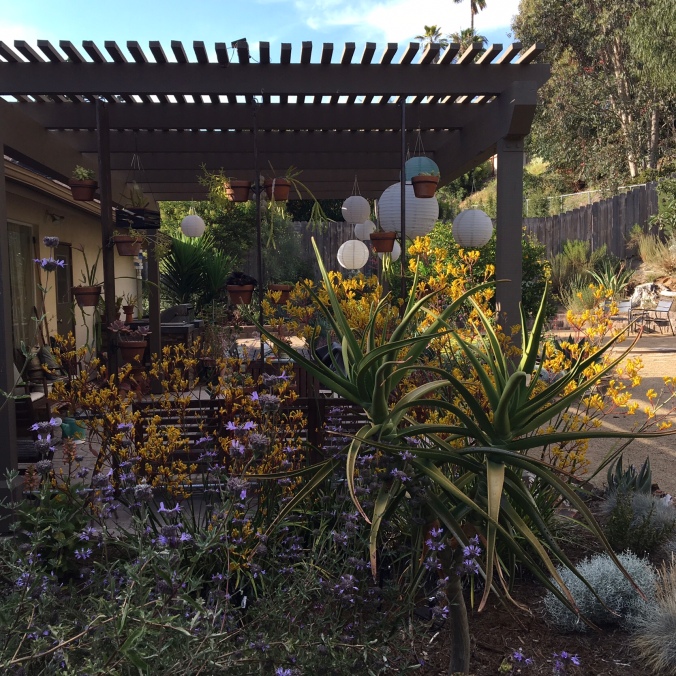 And a NOID epiphyllum that is utterly spent. 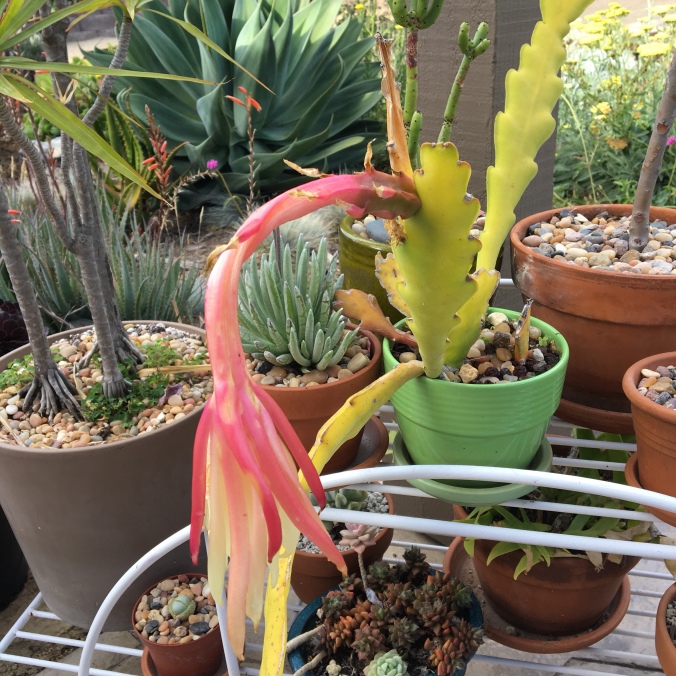 Signing off for June! (For bloom day at least). Have a fabulous weekend.