Hello again, world! It’s been a while since I checked in with the blogging inter webs: nearly 2 months since my last post, and I skipped September’s bloom day altogether. My September started off with a weekend in the East Bay of San Francisco and Sonoma. I was meeting up with a couple of very old, very dear friends from grad school days. We were set to meet up Friday evening, but I grabbed an early morning flight to Oakland and BART-ed and bussed my way to Walnut Creek to visit the Ruth Bancroft Garden.

You know you’re not in Southern California anymore with glorious Quercus lobata trees like this overhead.

I arrived in Walnut Creek late morning and stopped in at a Noah’s bagels to grab a snack. I have deep nostalgia for Noah’s even if they aren’t the best bagels in the world. Back in the 90’s my Noah’s go-to was a toasted sesame bagel with cream cheese and sprouts. What ever happened to sprouts anyway? They were part of every build your own sandwich and salad bar (and bagel option menu) in 1996. But times change: now its sesame with avocado, or raisin with almond butter for me.

Back to the RBG: the remarkable story of this garden and its creator was captured in The Bold Dry Garden by Johanna Silver, pictures by Marion Brenner. The garden is indeed pretty special. 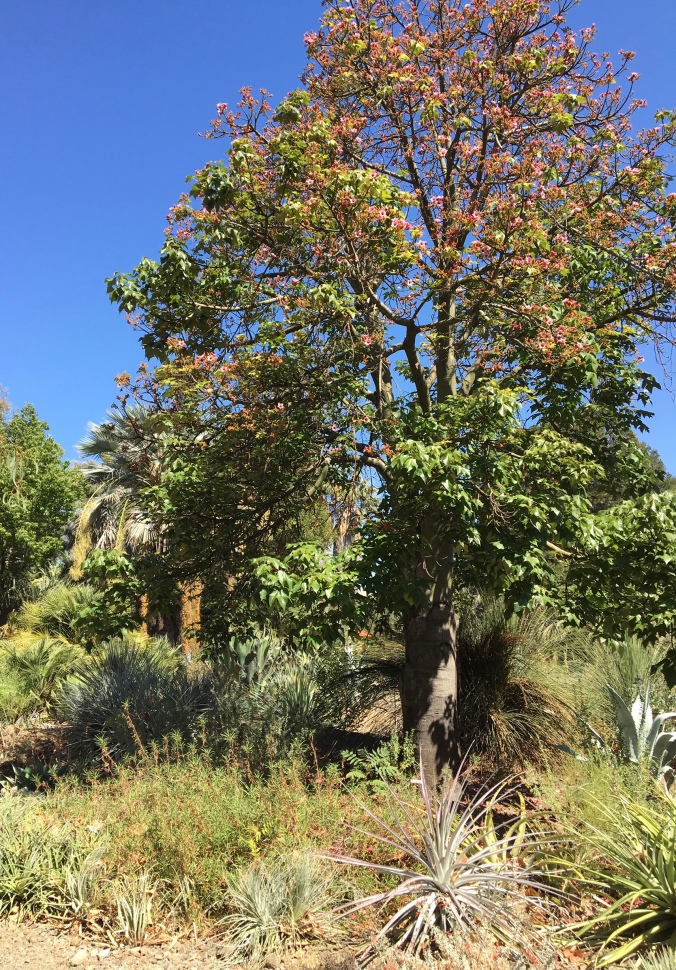 The Chilean Wine Palm (above) was enormous — I hope the table and chair give you some idea. 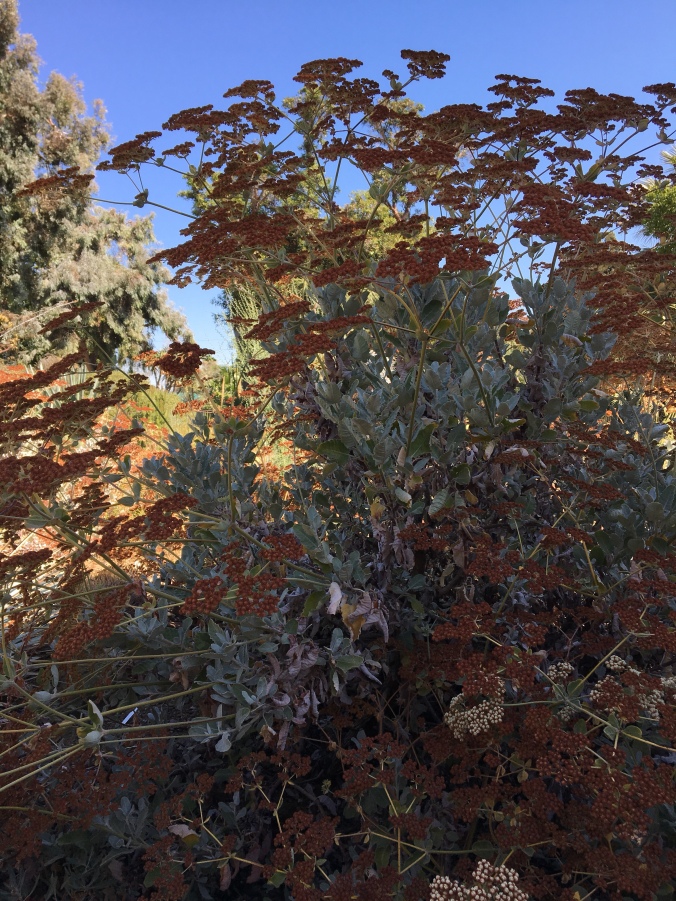 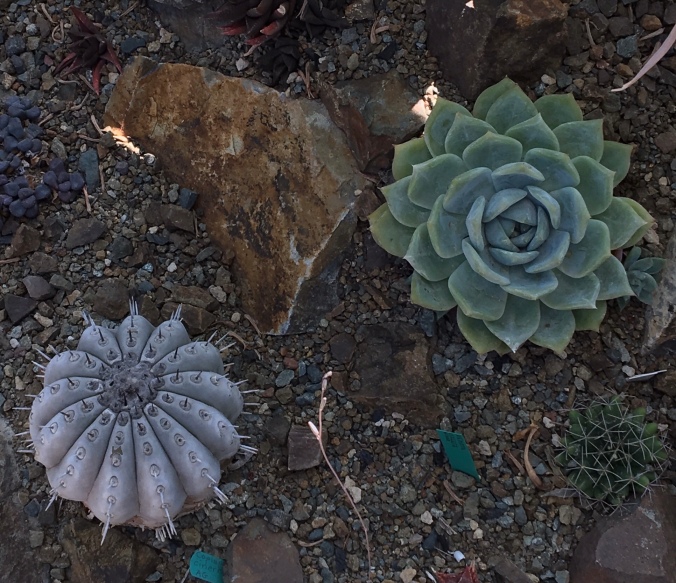 Visiting the RBG had been on my list for some time, and I am incredibly happy to have made the trip. I love the story of the RBG, and the fact that it served as inspiration for the Garden Conservancy organization. I feel almost a certain allegiance to Ruth Bancroft herself, as a fellow total amateur. But the garden itself for me wasn’t super memorable. There were many features of it that were incredible to see in person (like the Chilean Wine Palm, and the trio of native CA date palms).

Later in the day I made my way back to Oakland, landing at the Temescal Brewery tasting room to wait for my friend, Dawn.

I had some time to reflect on my reaction to the RGB. I think there are 2 reasons why it didn’t personally appeal to me as much as other gardens have.

For one, the RBG is a collector’s garden of course. It’s not a designer’s garden or even what I might tentatively call at horticulturalist’s garden. (I think of a horticulturalist as someone trying to create effects through plant combinations, the emphasis on the effect).

I am sure Ruth truly loved all these weird and wonderful plants, but I would guess she was more concerned with their maintenance than with designing with them. I mean, of course — none of these were easy to come by, nor was it easy to predict how they would fare in Walnut Creek.

The other thing I realized was how much I am swayed by formality and structure, and particularly the juxtaposition of them with loose and naturalist plantings. The RBG very deliberately has no straight paths. And yes there’s the shade house and the shade structure but to me these seemed distinctly non-dominant features, painted pale green to fade into the background.

It was interesting to realize these things, and certainly a treat to see Ruth’s amazing creation.